Help us create our Christmas displays in the Sanctuary, Fellowship Hall, and Narthex.  All are welcome!

Join us for music, refreshments, and a special jolly visitor.
Family fun!

Performances by The GSM Praise Band & Bell Choir, a carol sing, and a reading of The Night Before Christmas.

Open to the public. All are welcome! 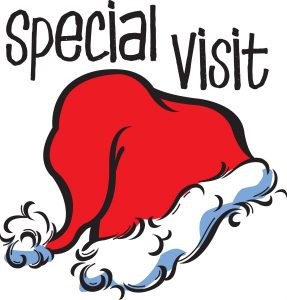 Join us for music, refreshments, and a special jolly visitor.
Family fun!

Performances by The GSM Praise Band & Bell Choir, a carol sing, and a reading of The Night Before Christmas.

Open to the public. All are welcome!

Performances by our Youth Bells and Youth Praise Band.  Special Appearance by one Jolly Old Elf. Open to the public. 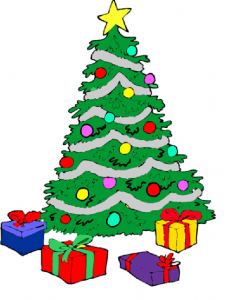 Our Sunday School classes are putting on their annual Christmas pageant during service today!

Refreshments will be served.

Open to the Public!

Christian theologian Paul Scherer once said that “Christmas is when God came down the stairs from heaven with a baby in his arms.”

By way of introduction, I would like to share a story that does not seem like it belongs this time of year, but in a few moments, you will see how it relates.

John Howard Griffin, was a white male who was determined to understand what life was like for African Americans in the “Deep South” in the 1950’s. Mr. Griffin believed that no one could truly understand what they experienced unless they were born black or if in some way had become black.  Mr. Griffin consulted a New Orleans dermatologist who prescribed a combination of drugs, sun lamp treatments and an assortment of skin creams to darken the pigment of his skin.  He shaved his head so as not to reveal his straight hair.  The treatments worked.  Mr. Griffin’s skin became the color of an African American.  Once that was achieved, he traveled to parts of Mississippi, Alabama, and Georgia so he could find out for himself what it was like to be a black male in a society where there was clearly prejudice in the 1950’s.  Griffin wrote about his experiences in a book called, “Black Like Me.”

John Griffin’s story is similar to what God had done for us. In order for God to truly communicate with humankind, He had to become like us.  That is why He sent Jesus.  My scripture text is John 1:1-4, 14.

On this Christmas Day, this passage of scripture invites us to consider the mysterious and the miraculous. The birth of Jesus is evidence that God understands our need for identification.  Jesus had come to show us who God was.  By being physically like us, Jesus made our approach to God much easier to understand and comprehend.

Along these lines, many years ago, Dr. Stuart Nye Hutchison, the pastor of the East Liberty Presbyterian Church told this story: He knew of a boy who had lost his right hand in an accident.  The poor boy was self-conscious and totally embarrassed by his situation, and he withdrew from people.  Seeing his son’s struggles, the boy’s father said to him, “I know of a certain minister in another town who can help and I am going to bring him over to see you.”  The boy said, “I don’t want to see him.”  However the father would not take no for an answer and brought the minister over anyway.

When the boy looked up and saw that the minister had no right arm, just an empty sleeve, he was startled. The minster approached the boy and said, “I don’t have a hand like you.  I lost mine when I was a boy and I know how it feels.”  These two total strangers had begun to bond because they shared the same disability.

In the same way, God sent Jesus to us. He came as a baby and grew up to be a man to show us the way.

The prophet Isaiah said, “For to us a child is born, to us a son is given and the government will be on his shoulders and he will be called Wonderful Counselor, Mighty God, Everlasting Father, Prince of Peace. Of the increase of his government and peace, there will be no end.

The mystery of Christmas is that Jesus was a real man and at the same time God. It was at his birth that the divine and the human natures were united.  That was when Jesus our Savior had become one of us.

Let me close with this poem.

Twas the Night Before Christmas

Twas the night before Christmas, the eve of Christ’s birth.
Many people were resting all over the earth.
The Shepherds were watching their sheep by night.
When all of a sudden they saw a bright light.
And what to their wondering eyes should appear,
But a beautiful angel, high up in the air.
His face was all shining; his garments so bright.
That the shepherds began to tremble and with this great fright.
But as he came near, the words that he had said:
Soon gave them to know, there was nothing to fear.
For their wonderful gift they would find in a manger.
So leaving their sheep they went into the town.
To seek for this gift; they would look all around.
They came to the stable, and the covers they did lift.’
And there in the manger, God’s wonderful gift.
So pure and so holy, so full of God’s love.
They knew it was Jesus, God’s gift from above.
And so this Christmas, may our worship be sweet.
Let us love Him and praise Him for he is our King.

On this Christmas Day, we are reminded that God has given us a savior, who was born like us to show us the way. This morning as you reach out to the Lord, may Jesus the Son of God touch you in a very special way.

It was Christmas Eve 1914; soldiers from the German and English armies had fought for 5 months in the First World War. Both sides were in a stalemate as they shivered in the water logged trenches.

Graham Williams, aged 21, of the London Rifle Brigade was on night watch when he saw lights all along the German army trenches and said loud enough to be heard, “By God, the Jerries have Christmas trees!” Then he and his comrades heard a chorus of German voices began to sing, “Stille Nacht, Heilige Nacht” or “Silent Night Holy Night.”

In response, the soldiers of the London Rifle Brigade cheered and they in turn sang “The First Noel.”  For over an hour, German and English soldiers in opposing trenches sang carols.  In between songs, there were calls for each side to come over and visit, but no one dared to make a move.

Finally on Christmas morning, German soldiers, with hands in their pockets, came out of the trenches. British soldiers did the same.  They greeted one another and shook hands, and peace had begun to spread through that no man’s land.

They all promised to keep the unofficial ceasefire throughout the day. It was truly an incredible sight as a multitude of soldiers walked arm in arm and took photographs.  Several soccer matches with tin cans were played, and if a man got knocked down, the other side helped him up.

All during the day, soldiers paid mutual trench visits and exchanged gifts of tobacco, jam, sausage, and chocolate. They traded names and addresses.  An English barber gave free haircuts while a juggler from the German side entertained the troops.  Soldiers from both countries respectfully dug graves side by side and held joint funerals.

When the Generals of both sides heard what had taken place they were alarmed. They were concerned what this open display of friendship might do to the war effort.  Unfortunately the truce did end, and shots were fired into the air.  Men scrambled back into the trenches to the cries of “Go back Tommy” or “Go back Jerry.”

However Christmas 1914 will always be remembered as the time in history of the most famous military truce. It was even made into a movie called the “Joyeux Noelle.”  That extraordinary event illustrates the powerful effect Christ has on history.

In the first Christmas so long ago, when the baby Jesus was born, a multitude of angels proclaimed to the shepherds: “Glory to God in the highest, and peace on earth goodwill toward all.”

In time, the baby Jesus grew up to become the Son of God; one of his divine names is “Prince of Peace.” When we invite Christ into our hearts, it is like God coming into our time, our space, our lives, to be spiritually recreated in a new way. One term I like to use, is “born from above.”

So tonight on this Christmas Eve, this is truly a time for the heart, more so than for the mind. In our worship service we have images of the Nativity through the tapestry on the wall, the songs, and the videos that remind us of what happened.  There is the bright star that shines in the East that leads the wise men to Bethlehem; there is the heavenly host that sings praises to God to the fear and amazement of the shepherds and finally there was the special baby boy who was born in a stable wrapped in swaddling cloth, cared for by Mary and Joseph.

Tonight, we come, not necessarily wanting to hear the proofs and reasons for some great truth or mystery of God. We want to feel and experience the warmth, love, softness and wonder of God that is with and among us.

This is a night where we want to feel what we believe: to celebrate the birth, not only of a wise man, a great teacher, a prophet, but of God in the flesh in the form of a baby.

In a few hours, families and friends will exchange gifts, but perhaps the best Christmas present we can give ourselves is to invite Christ into our hearts and live for him. Someday this little baby who grew up to be a man, will return as the Prince of Peace, and what happened on Christmas of 1914, will be like a foreshadow of greater things to come.  So in the meantime, let us keep Christ in our hearts, not only during this Christmas season, but every day of the year.