Benjamin Franklin was a colorful character in our nation’s history. Among many things, he was an author, a printer, a scientist, an inventor, a statesman and a diplomat.  In one of his lighter moments as a young man, he wrote his own epitaph: “The body of B. Franklin, Printer, like the cover of an old Book.  Its contents torn out, And stript of its Letering and gilding, Lies here, Food for Worms, but the Work shall not be wholly lost:  For it will, as he believ’d, Appear once more in a new and more perfect Edition, Corrected and amended by the Author.”  Mr. Franklin was a printer at the time of this unusual funeral statement; he knew there was life after death and could base that hope on Jesus’ resurrection of the dead.

My text is from John 20, verses 1-18.
Early on the first day of the week, while it was still dark, Mary Magdalene came to the tomb and saw that the stone had been removed from the tomb. 2 So she ran and went to Simon Peter and the other disciple, the one whom Jesus loved, and said to them, “They have taken the Lord out of the tomb, and we do not know where they have laid him.” 3 Then Peter and the other disciple set out and went toward the tomb. 4The two were running together, but the other disciple outran Peter and reached the tomb first. 5 He bent down to look in and saw the linen wrappings lying there, but he did not go in. 6 Then Simon Peter came, following him, and went into the tomb. He saw the linen wrappings lying there, 7 and the cloth that had been on Jesus’ head, not lying with the linen wrappings but rolled up in a place by itself. 8 Then the other disciple, who reached the tomb first, also went in, and he saw and believed; 9 for as yet they did not understand the scripture, that he must rise from the dead. 10 Then the disciples returned to their homes.

11 But Mary stood weeping outside the tomb. As she wept, she bent over to look into the tomb; 12 and she saw two angels in white, sitting where the body of Jesus had been lying, one at the head and the other at the feet. 13 They said to her, “Woman, why are you weeping?” She said to them, “They have taken away my Lord, and I do not know where they have laid him.” 14 When she had said this, she turned around and saw Jesus standing there, but she did not know that it was Jesus. 15 Jesus said to her, “Woman, why are you weeping? Whom are you looking for?” Supposing him to be the gardener, she said to him, “Sir, if you have carried him away, tell me where you have laid him, and I will take him away.” 16 Jesus said to her, “Mary!” She turned and said to him in Hebrew, “Rabbouni!” (which means Teacher). 17 Jesus said to her, “Do not hold on to me, because I have not yet ascended to the Father. But go to my brothers and say to them, ‘I am ascending to my Father and your Father, to my God and your God.’” 18 Mary Magdalene went and announced to the disciples, “I have seen the Lord”; and she told them that he had said these things to her.
This is the Word of God.

It was dawn on the first Easter morning when Mary Magdalene went to the tomb. Her task was to anoint the body of Jesus.  As she walked, her thoughts centered on who was going to roll away the 4000 pound stone from the tomb entrance.  We know how the story ended.  The stone had indeed been rolled away; Jesus, who was dead, was now alive.  So as believers, we can categorically say that Easter is to our faith:

In the dictionary of God, Easter is the first and final word.  It is the New Year’s Day of our Souls-a sacred mystery that continues to defy medicine, logic and science.  When you think about it, Easter is about the celebration of the empty tomb.

Now along these lines, back in the beginning of western civilization, there was a time when people looked out at the vast Atlantic Ocean and wondered if there was anything beyond. There was this superstitious belief that if a ship managed to get to the ends of the earth, it would sail off the edge.  The country of Spain’s coat of arms had as its motto Ne Plus Ultra, which means “There is nothing beyond.”  Then came Christopher Columbus’ discovery of a new world and Spain’s motto was changed to Plus Ultra which means “There is more beyond.” 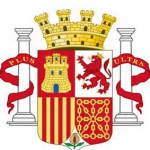 If we look into the spiritual realm, Jesus’ resurrection had the same effect, there is more beyond.

Paul the Apostle said the same thing in 1 Corinthians 2:9 when he wrote, “Eye has not seen, ear has not heard, neither has entered into the human heart, the wonderful things God has prepared for his people”

Jesus also said in John 14, “In my Father’s house are many rooms and I am going there to prepare a place for you.”

Dr. A. J. Gordon, the founder of Gordon College in Wenham, Massachusetts, once brought an old, rusty, empty birdcage to church and placed it next to the pulpit. He did this to illustrate a story of how he had seen a young lad who wore tattered blue jeans, a dirty T shirt, with a ball cap off to the side, carrying this particular birdcage.  This was the conversation between Dr. Gordon and the boy.

“Sonny, what do you have there?”
The boy answered: “I got some birds.”
“What are you going to do with them?
The boy said, “O mess around with them, tease them or something like that.”
“When you get tired of them, what are you going to do?”
The boy thought for a moment and said, “When I get home I will give them to the cats.”
“How much do you want for the birds?”
Surprised, the boy said, “Mister, those birds ain’t no good.”
Well, regardless, how much would you like for them?”
|The little fella said, “How about two bucks?”
“Sold.”

So Dr. Gordon reached into his pocket and gave the boy two one dollar bills, and the boy thought he won the lottery. The boy walked away.  Dr. Gordon opened the cage door and set the birds free.

A couple of days later, Dr. Gordon told his congregation in his Easter sermon, how the empty birdcage was a picture of how Satan had trapped and frightened the human race. Not only did Jesus pay the price for our salvation, but when he rose from the dead, he set us free–just as the two sparrows were set free.

Now I realize that there may be some who have doubts about whether Christ’s resurrection actually happened the way it was written down, or happened at all. Consider this statement that was written by the Apostle Peter in his epistle (2 Peter 1:16) “We did not follow, cleverly invented stories, but we were eye witnesses.”

If the resurrection of the dead was fake news, Peter and the other apostles who were eye witnesses, who had spoken to Jesus after his death and touched his body, would never have allowed themselves to die. They would not have become martyrs of the faith for something false.  This is one of the reasons that I believe we can trust the biblical record.

Therefore, the resurrection matters because:

Let this Easter be the beginning of a new faith journey where you experience Jesus in a new way. If you would like to reignite your relationship with the Lord, join me in this prayer.
Loving God, I open up my heart to you. I would ask that you would forgive me for any wrongs that I might have done and let me experience you in a new way.  Revive my faith and give me a fresh touch from you.  Amen.

Tags: celebration Easter empty tomb resurrection There is More Beyond.